Our church is delighted to have Voddie Baucham preaching here at McGregor in all three of our morning services on Sunday, January 23. Dr Bauchum will be a featured speaker at the Founders Conference hosted by our church that same weekend and we look forward to hearing Voddie as he continues our verse by verse series on the book of John. There is no manner to reserve or secure seating that morning for our worship services. 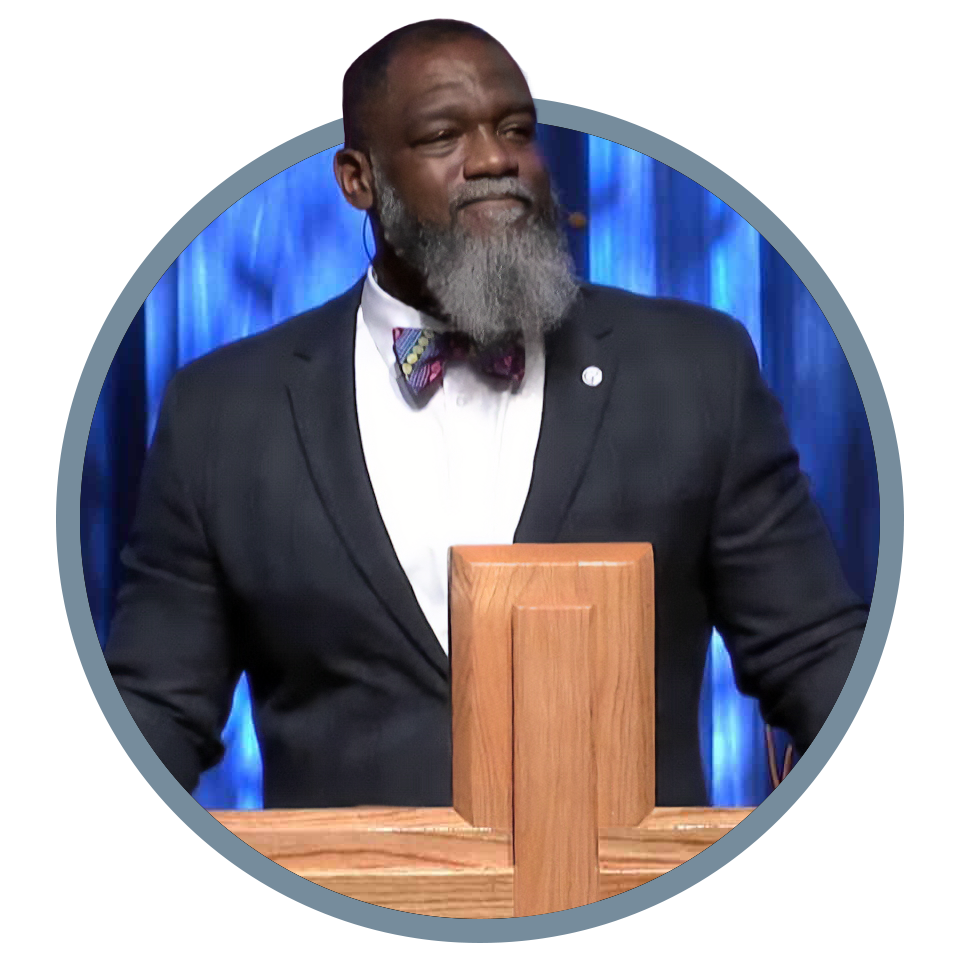 Voddie Baucham wears many hats. He is a husband, father, former pastor, author, professor, conference speaker, and church planter. He currently serves as Dean of Theology at African Christian University in Lusaka, Zambia.

Voddie makes the Bible clear and demonstrates the relevance of God’s word to everyday life. However, he does so without compromising the centrality of Christ and the gospel. Those who hear him preach find themselves both challenged and encouraged…

Voddie’s area of emphasis is Cultural Apologetics. Whether teaching on classical apologetic issues like the validity and historicity of the Bible, or the resurrection of Christ; or teaching on biblical manhood/womanhood, marriage and family, he helps ordinary people understand the significance of thinking and living biblically in every area of life.

It is impossible to understand Voddie’s approach to the Bible without first understanding the path he has walked. Raised in a non-Christian, single-parent home, Voddie did not hear the gospel until he was in college. His journey to faith was a very unusual and intellectual one. Consequently, he understands what it means to be a sceptic, and knows what it’s like to try to figure out the Christian life without relying on the traditions of men. As a result, he speaks to ‘outsiders’ in ways few Bible teachers can.

Voddie and his wife, Bridget have been married since 1989. They have nine children: Jasmine, Trey (Voddie, III), Elijah, Asher, Judah, Micah, Safya, Amos, and Simeon. The Bauchams are committed home educators.

Away from the pulpit and the classroom, Voddie is also a voice actor, lending his voice to films like George Washington Carver:  An Uncommon Way, and the 2017 national theatrical release,  Genesis:  Paradice Lost, and an accomplished Martial Artist. He took up Brazilian Jiu-Jitsu in 2012 as an avenue of self-defence training, personal fitness, and outreach. However, he began competing and found both a passion and a talent. He has won numerous tournaments and titles, including winning the 2014 Pan American Championship in his division.

If you would like to learn more about Voddie Baucham, please visit his website by clicking the button below.